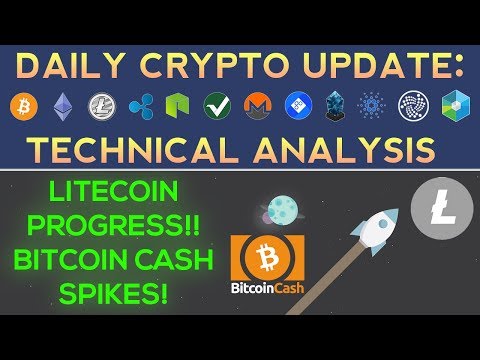 Hi,
We are creating a new decentralized synthetic cryptoasset codenamed XOR on Ethereum ecosystem. We call it a synthetic asset becuase it's a synthesis of BTC, ETH and major altcoins and USD stablecoins. XOR lets investors and token-holders gain exposure to the BTC-Bitcoin and other cryptocurrencies while protecting them from extreme intraday price volatility and downside risks generally associated with cryptocurrencies. Basically XOR is a capital protection insurance with infinite upside potential.
XOR is an DeFi protocol that will allocate funds under its management to the following three classes of crypto assets: 1. Bitcoin and 2. USD-linked stablecoins and 3. Altcoins such as ETH, XLM and XTZ dynamically and directionally in a mutually exclusive way. If BTC value is either relatively stable or positively increasing relative to the purchasing power of the basket of Stablecoins-(USDC, TrueUSD and USDT), XOR protocol automatically buys more BTC/Bitcoins. But when BTC price negatively fluctuates and losses 3% or more value for more than >10 minutes, then XOR Conversion Contract automatically reshuffles and rebalances its portfolio of crypto assets to the basket of stablecoins by progressively selling BTC and Altcoins and by reallocating funds more and more.... to USD stablecoins in a calibrated manner guided by the DelayFunc(0.50%++/--) that limits buying/selling to 10% of the AUM until the target assets rises(while buying that asset) or falls(while selling) by another 0.5%. And again when BTC and Altcoin prices stabilize and their prices start increasing relative to the stablecoin basket by >1%, then XOR dynamically rebalances its portfolio to BTC and Altcoins by buying them in the open market indefinitely unless and until situation reverses itself and another portfolio swap of underlying AUM to stablecoins gets triggered by negative fluctuations of BTC/Altcoins.
And in order to generate surplus reserves to pay for transaction fees/gas prices due to frequent rebalancing of its protfolio, XOR will be lending up to 90% of its AUM(BTC, ETH, Altcoins and USD stablecoins) on DeFi markets like Bzx, DeFipulse, Kyber, Compound, Airswap and so on.
We are thinking of implementing three contracts to accomplish the functionalities of XOR: 1. Conversion contract, 2. Data oracle contract on Chainlink, and 3. an ERC20 contract as XOR token.
Now we are facing following challenges in implementing these contracts in order to maintain 100% fidelity to the mission and manifesto of XOR that's protecting our AUM assets from negative marekt downturns but also exposing them to positive market upturns:
We will award 40,000 Coins to each person here if we receive quality responses.

Elaborating on Datadash's 50k BTC Prediction: Why We Endorse the Call

BINANCE: A DRIVER FOR BLOCKCHAIN AND CRYPTO-CURRENCY ADOPTION

Adoption is a process whereby a person assumes the parenting of another, (usually a child, from that person's biological or legal parent or parents,) and in so doing, permanently transfers all rights and responsibilities, along with filiation, from the biological parent or parents (Wikipedia,2018). In the sense of crypto-currency it is a process whereby a person assumes the parenting of another ( new idea or way or thing) and in so doing permanently transfers all rights and responsibility that belong to the old or normal way to the new way. Driving in the other hand is knowing how to operate the mechanisms which control the system (vehicle); it requires knowing how to apply the rules of the road (which ensures safe and efficient sharing with other users). An effective driver also has an intuitive understanding of the basics of system (vehicle ) handling and can drive responsibly (Jacob,2018). A driver may be a person, company, a system or device that knows the mechanism which control a system and the driver must formulate or know the rules and the basics of directing the system to its target. A device driver for instance is a system (computer program) that operates or controls a particular type of device (EMC,2010). In our case we are looking at crypto-adoption driver, a person or company that knows the mechanism which can be used to make greater number of people to transfer permanently the rights and responsibility of fiat money to blockchain currency (Crypto-currency).
A clear case of driving adoption can be easily seen in Football which have been in existence long ago, but FIFA devices a way to entice all nation to participate and develop football infrastructure in there countries by moving Football tournament hosting around different regions and other things they did to make the sports to be popular (adopted) all over the regions of the world.
Similarly, crypto-currency have been there before Binance started, crypto-exchanges have been there before the advent of Binance but what Binance did and what they did not do helped in replicating adoption across all the regions of the globe. The only challenge here is whether these position can be substantiated?
Conclusion It is very easy to conclude this article by saying that since Binance was able to make more people to adopt cryptocurrency in a fast manner that they are not only drivers of cryptocurrency adoption but they are Innovative. Ask of an innovative cryptocurrency exchange the response should be Binance, when they move others copy so without the statistics of their trade volumes one can easily see that they are truely the leaders that the crypto exchange space have today.
References Eveland J. D. (1979) Issues in Using the Concept of "Adoption of Innovations", Journal of Technology Transfer, 4(1) 1-13, Retrieved 2018 from jdeveland.com/papers%20for%20Website/adoption.htm
EMC Education Services (2010). Information Storage and Management: Storing, Managing, and Protecting Digital Information. John Wiley & Sons
Nakamoto S. (2009) Bitcoin: A Peer-to-Peer Electronic Cash System, Retrieved 30 May, 2018.
Sarah M., Marjori P., Grant J., Kirill L., Damon M., Geoffrey M. V., and Stefan S.,(2016) A Fistful of Bitcoins: Characterizing Payments among Men with No Names, Communications of the ACM, 59(4), 86-93,USA.
Jacob M. Appel (2018); "Must Physicians Report Impaired Driving? Rethinking a Duty on a Collision Course with Itself"; Journal of Clinical Ethics (volume 20, number 2).

Now the upwards spike in difficulty over 9.8% wasn’t as large as the 14.95% jump on June 16, 2020. However, at that time the difficulty was only 15.78 trillion. The second-largest difficulty ... Bitcoin’s volatility had been noted to be moderate until last week; however, the volatility among alts noted an upwards spike. Ethereum’s rolling price volatility reached 76% whereas XRP and Binance coin [BNB] also reported volatility rising above 70%. Other alts like Bitcoin SV [BSV] noted price volatility of 226%. Binance saw its biggest Bitcoin (BTC) outflow in history on Nov. 3, according to data from CryptoQuant. A total of 58,861 BTC were withdrawn on a single day, equivalent to $816 million. The significant spike in outflows could suggest two things. First, it might show that whales could be bracing for a rally in the […] Bitcoin Cash: exchanges prepare for the hard fork. US elections, voting on blockchain for a certain result. Binance recovers funds from the Wine Swap exit scam. Prev Next. Hong Kong, licences for crypto trading platforms. Binance circumventing US regulation? CZ denies it. IRS and cryptocurrencies: tax form changes in the US. New crypto regulation in the Isle of Man. Prev Next. Binance recovers ... While the sudden boom in trading is good news for Binance, it pails into comparison with the exchange's all-time daily trading high of $5.6 billion—when Bitcoin hit $14,000 in mid-June this year. Bitcoin mining difficulty has surged to its biggest point since this year, including the two previous years. Probably, the lastest spike in the difficulty adjustment comes amid the growing network hashrate, despite the halving event in May, which slashed block rewards by 50 percent.. Bitcoin mining difficulty spikes towards 2018 ATH Subsequently, Binance Research establishes the theory that the mining profitability (measured by total rewards in USD divided by average mining difficulty) of each coin should not diverge in the long-run. Empirical results, on the other hand, suggest that Bitcoin SV (BSV) was mined at a significant opportunity cost in the The latest mining difficulty adjustment for Bitcoin has seen the major cryptocurrency fall a staggering 16 percent — representing the largest fall in nine years. Its largest percentage decrease since the advent of ASIC mining machines in late 2012. The mining difficulty is now back to levels last seen in June, which came after a big adjustment when the price of Bitcoin fell drastically in ...